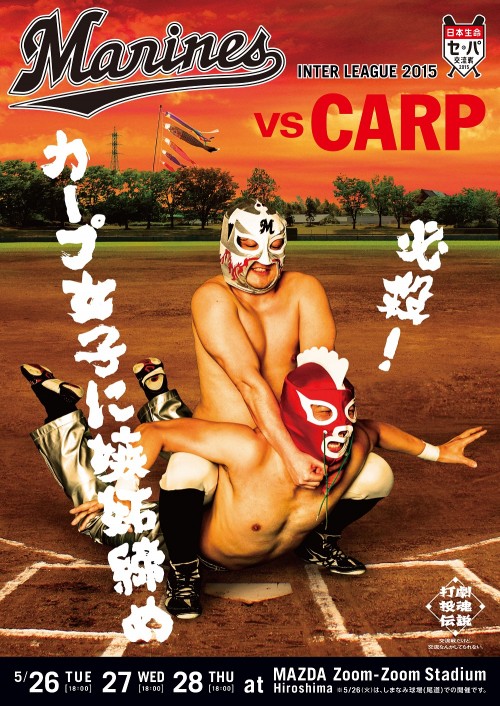 Craig and I have frequently discussed this season that Our Marines have played seemingly much better than the record would indicate. Despite the record not matching up with the quality on the field at this point, one could easily make the argument that the record could also be a hell of a lot worse. Witness the awful stretch at the start of Golden Week with the boys getting booed off the field. Witness the pitching rotation drawn out of a hat in April. In the last 11 games, though, Lotte is 7-4, and as Craig mentioned before three of those games should have or at least certainly could have been Lotte wins. There was a 4 game win streak right before the break (the last game shall not be mentioned).

Things go slightly a different way, we could be talking about a Chiba squad in 3rd or even 2nd place. It could be much worse.

For me the most frustrating part about 2014 was the 14 shutouts. Sometimes the offense stayed seated in the dugout, way off in the corner, trying to look inconspicuous. Possibly checking Twitter constantly, hey, I don’t know. But not on the field.

Our Marines have been leading the PL in batting average most of the season (though are slightly behind the leaders now), led the PL in home runs in May, already have half as many stolen bases as they did in all of 2014. Cruz, Despa, and Kiyota are all slugging well north of .500 (Kiyota above .600 – Kiyo even had a grand slam on Saturday off of Sawamura Award winner Kaneko). There’s been chatter among fans online about how Cruz may be Lotte’s “Best Foreign player – EVER” due to not only his famous glove but his bat.

Honestly, I don’t think I can overstate how much more enjoyable it is to watch the guys at the plate this year.

Using What Ya Got

So much was made by the front office about needing to get some new blood in this offseason, since the constant swapping about of players all 2014 meant Our Marines was composed of No-goodniks, right?

Turns out Kiyota plays just fine when you give him a starting role and let him get comfortable. Seems Karakawa can still deliver quality innings when he’s put on the mound properly prepared and not constantly looking over his shoulder. Same with Yuta Ohmine. Same with Furuya. These are all players that management seems to have forgotten existed, and though with the exception of Kiyota none have been performing at a star level, they’ve all been more than adequate, pieces that should have been used more, and in a better way in the recent past.

The rotation on 25 May looks a heck of a lot more stable than it did on 5 April, that’s for sure. And if someone asks me who our number 5 batter is generally, I don’t have to cycle through 10 possibilities to come up with an answer (it’s Imae). This stability is good for the team, and good to see.

Interleague starts tonight – Lotte at Carp in Onomichi, before moving on to Zoom-Zoom. Our Marines will be back at QVC on Friday for the first time in over 2 weeks. That will be vs the first place (!!!) DeNA Baystars. There’s special events all weekend for the DeNA series as well, and Saturday’s game is already just about sold out. Exciting!

4 thoughts on “Some Things I Like – Start of Interleague Edition”