A good old fashioned victory parade. Yeah, we didn’t see that one coming in September!

I’m a doofus who can’t read a parade map properly, so instead of being in the thick of torrent of paper raining down upon Our Marines as they celebrated their amazing run to the Nippon Series title I got to stand on the main road to Chiba Marine, confetti-free. So it goes. The most important thing is that I was there, man!

It was pretty stinking crowded there, too – I had estimated the crowd to be around 4.7 quadrillion people (a bit more than 700,000 times the entire population of earth, so maybe I was mistaken) but estimates were that the crowd size was a wee bit less. You may be surprised to hear that I actually don’t like crowds all that much, despite spending so much time in them at games, but of course in the case of the Victory Parade I will gladly make an exception.

They had the whole area decked out really nice with Marines signs. I especially liked the uniforms on the light towers – one for each player. Disappointingly they took they only had them for one day – I would have loved to see those up for a while! I took a picture of Naruse’s – see below.

I did manage to squeeze off quite a few pix at the parade itself and the fan festival afterwards, so this is mostly going to be a (belated) picture post. I was also surprised that so much of the usual external stuff at Chiba Marine was open – the food stalls and farmer’s market, the beer vendors, stores, etc. I guess the stores isn’t so surprising given Sunday was the day they decided to release the first wave of championship goodies so the lines were really long, like an hour plus. I waited later in the day to go in and by the time I made it into the store pretty much everything was cleared out. I did manage to get a keitai strap, 2011 calendar and the official 2010 DVD, though. The official DVD is well over 3 hours long, too, and you can get it from Amazon.

It was cool to see most all of the players who contributed to the championship (minus all of the foreign players – no KTK, Murphy, Corey, Penn, Muniz) up close, and it was REALLY cool to see Ogino (Ta-Ka-Shi!) again after so long and Ogino (Tadahiro) after even longer. Despite the crowds I fortuitously ran into many people I knew, too – as I waited in line to get into the shop I had a bunch of people I knew come up to say hi, so I’m sure the people in line with me were wondering who the hell I was. They would have been wondering especially hard after I got interviewed by BS12. That was awkward – I’m happy to talk on TV but I don’t really have the confidence in my Japanese ability to pull it off! Fortunately it was just BS12 which nobody but us Marines freaks watches anyway.

So: pictures, lots of them! 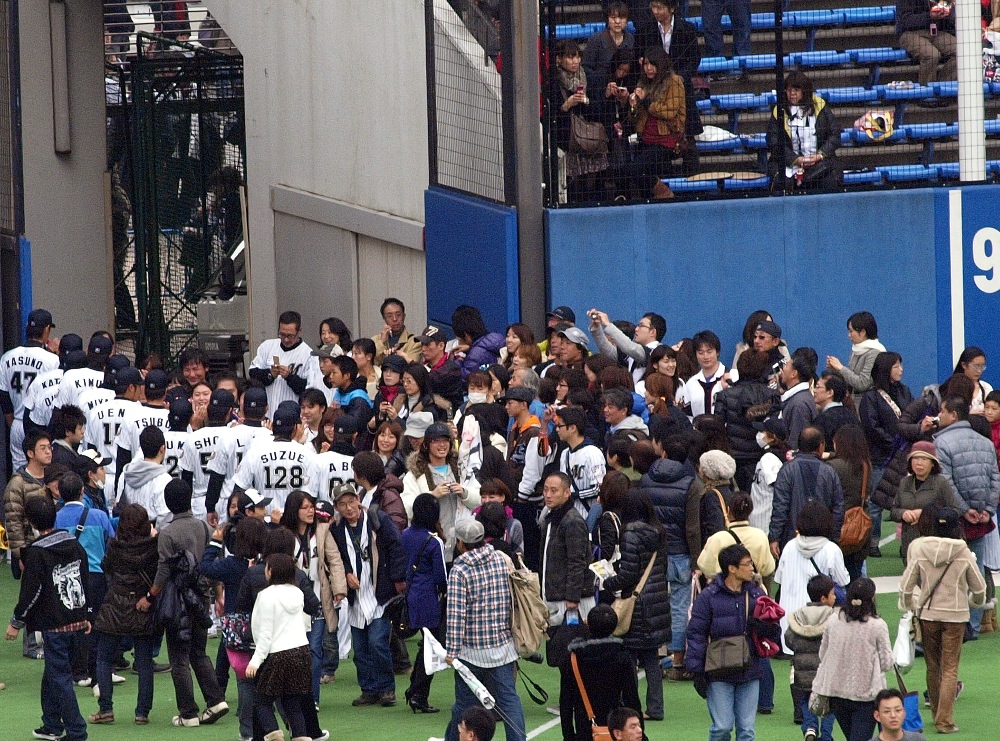 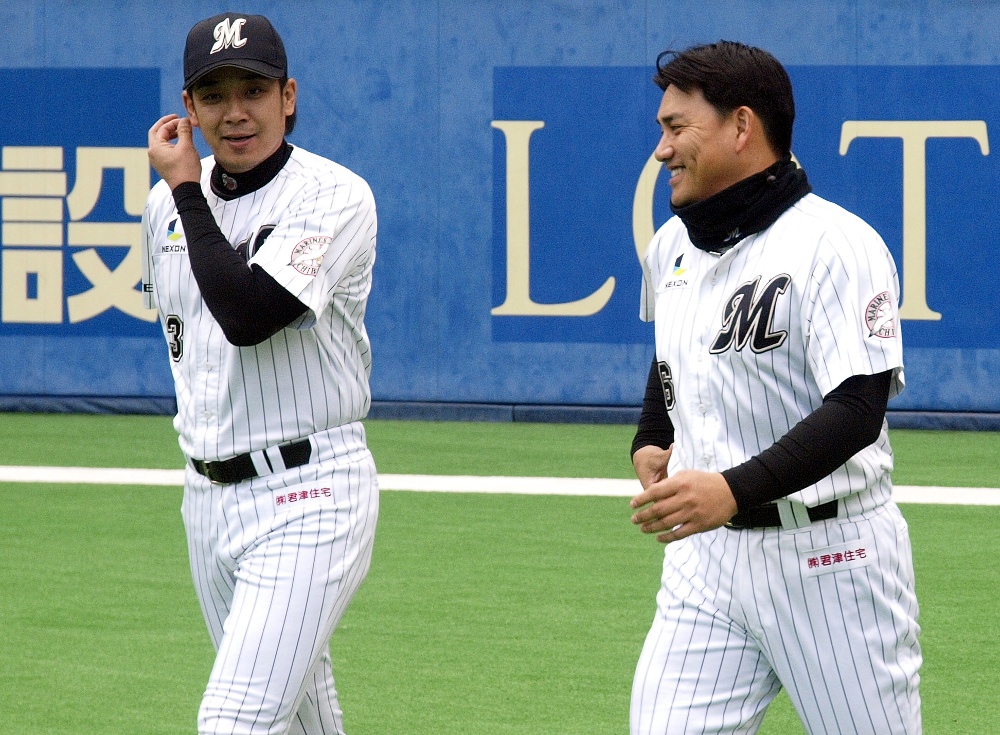 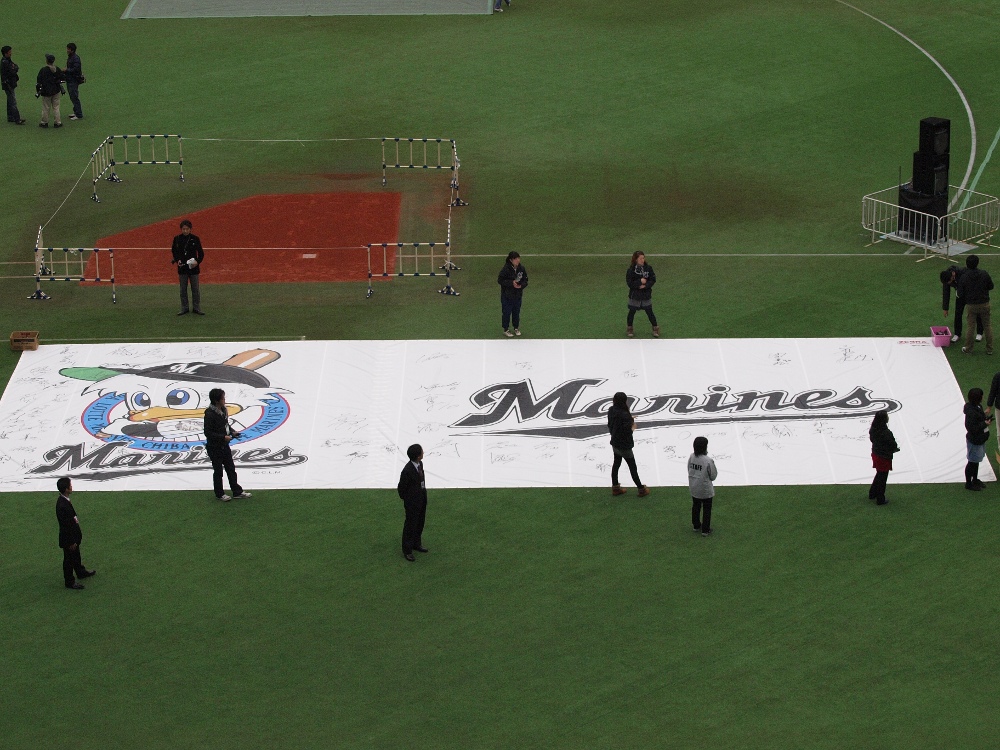