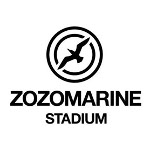 Our Marines continued their run of strong play in June this week, taking both sides of a 2-game set at the ‘Zo with the last place Rakuten Eagles1. Those results guarantee a winning record for the month – the team is currently at 13-7 with just two games to play this weekend.

Here’s a few notes about players and recent goings-on around the team:

1 This development is the surest sign I don’t know anything. Last year I predicted Lotte would finish in second and Rakuten in the cellar, instead the Eagles made it to the Climax Series Final Stage. This year I learned my lesson and picked them as my dark horse to win the PL – they’ve been the worst team in the league by far from the get go. I know nothing.