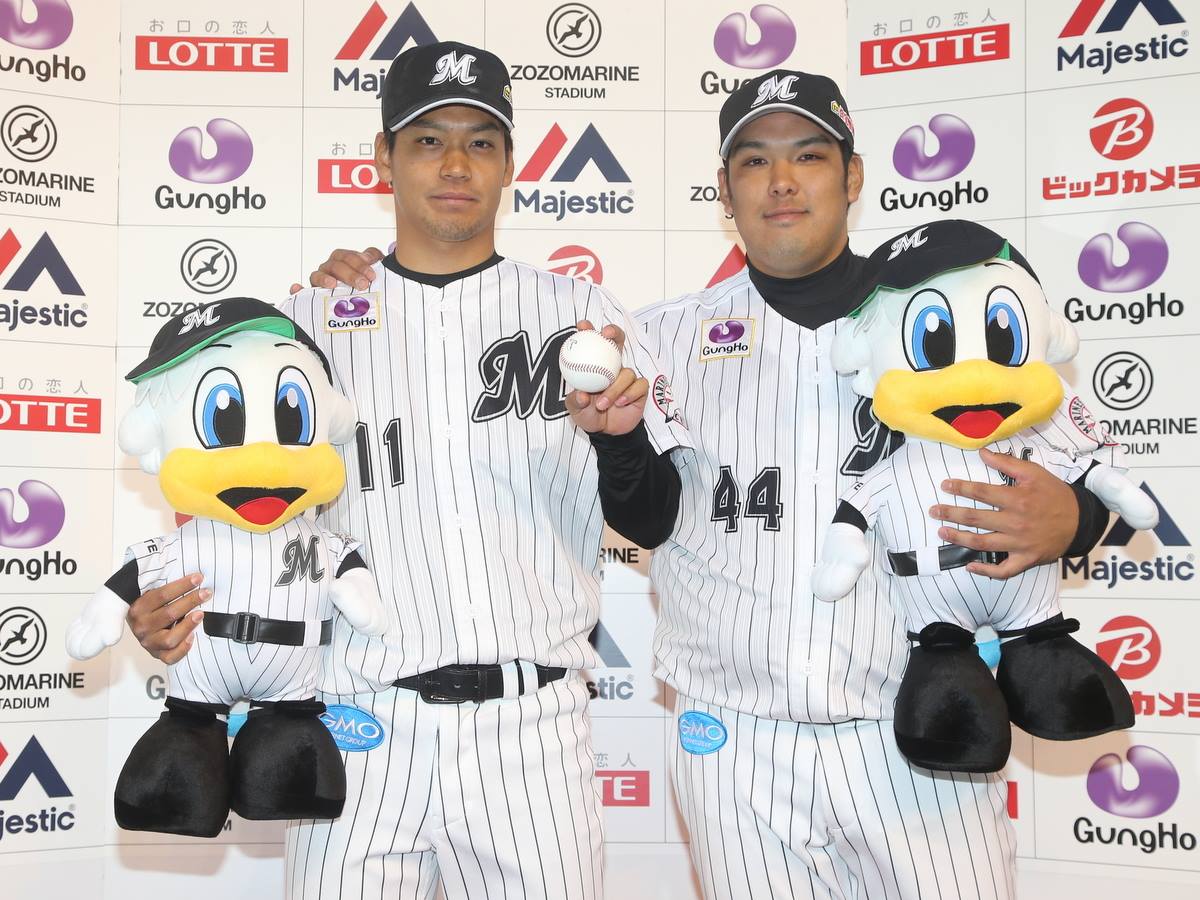 Preseason action for Our Marines could not have gone better, as Chiba out-pitched and out-hit everyone en route to the first open-sen first place finish in 25 years. The pitchers that made the opening day roster ended that preseason action with a combined sub-1.00 ERA, superb even by my rosy predictions. That success didn’t translate immediately to the regular season, though, as Lotte was swept in the opening series in Fukuoka, followed by dropping the home opener to the defending champion Fighters before rallying to win the last two games of the first home series.

The story of the opening series is told almost entirely via the poor showing by the offense. None of the three starters (Wakui, Nishino, and Karakawa) were exactly great, though all went 6+ innings and both Wakui and Nishino recorded quality starts. The bats, though, went a combined 16-93 (.192) with just one extra base hit, an inconsequential double from Captain Daichi late in game 1. On top of that, a throwing error by Okada (of all people) in game 1, a pair of TOOTBLANs from T Ogino in game 2 plus a crucial throwing error by Shogo in the same game allowed a pair of very winnable games to go to the loss column. The final results were a very sloppy sweep, no revenge to be had for the sweep in Fukuoka to end last season.

The opening series malaise spilled over into the sold-out home opener as Our Marines struck out a stunning 15 times vs Takanashi and the Nippon Series champion Fighters.  Ayu took the loss, but only on one earned run, though due to lack of control on a cold night could only manage 5 innings off 120 pitches.  A Fujioka pen implosion in the 7th put the game out of reach, though his relief Taiki Tojo mowed down 6 Hamu men in 2 2/3 work.

A near capacity crowd at a rare Wednesday day game witnessed a very messy yet ultimately satisfying first win of the season as Chiba staged a massive comeback thanks to extraordinarily sloppy Fighters D and late-inning fireworks from Captain Daichi.  Jason Standridge made his first start of the season but left in the 4th after a complete mess of a 3 1/3 innings.  Fighters touched Stan for 8 hits and 5 runs (4 earned) in that time, two of those runs coming in on wild pitches (one of which was a solid 5 feet off the plate).  The bullpen combo of Fujioka-Yuta-Ohtani-Masuda steadied the ship, though, allowing a single run off a monster Shohei Otani blast the rest of the way.

Lotte was looking at a 6-2 deficit in the 6th inning when Hamu committed back-to-back errors, ultimately allowing 3 runs to score and making it a 6-5 game.  That set the scene for Captain Daichi in the 7th, as he turned on a Miyanishi offering with Paredes on base, depositing it right into the right field ouendan to complete the comeback, and seal the 7-6 win.

The rubber match would also go to Our Marines as a strong debut from rookie Chihaya Sasaki and a breakout performance by “Aja” Inoue delivered a satisfying series win.  Sasaki-kun would only go 5 innings in this one due to a whole lot of walks early on, but induced a lot of swings and misses on a breaking ball that fooled some of Japan’s best hitters.  Almost all of the Lotte offense came from a) Captain Daichi getting on base (3-3 with 3 runs scored) and b) Aja sending him + others in (3-4 with 4 RBI and a pair of mashed doubles).  Yet again the bullpen stepped up large, too, as rookie Ariyoshi-Otani-Uchi-Masuda allowed just a trio of baserunners over the final 4 frames to seal the win.

Up next is a Saturday-Sunday home set with PL leading Rakuten (??????) – Look for Wakui and Karakawa to get the starts this series.