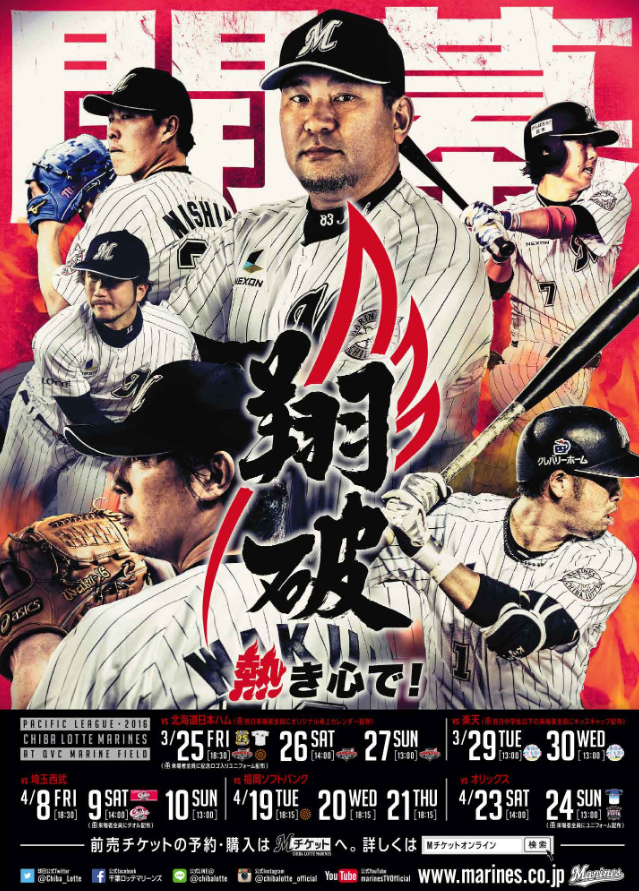 [cs_section id=”” class=” ” style=”margin: 0px; padding: 45px 0px; ” visibility=”” parallax=”false”][cs_row id=”” class=” ” style=”margin: 0px auto; padding: 0px; ” visibility=”” inner_container=”true” marginless_columns=”false” bg_color=””][cs_column id=”” class=”” style=”padding: 0px; ” bg_color=”” fade=”false” fade_animation=”in” fade_animation_offset=”45px” fade_duration=”750″ type=”1/1″][cs_text id=”” class=”” style=”” text_align=””]Like most baseball fans, I like to use my free time in the pre-season planning for Opening Day as if I were the manager. While I’m operating within the realm of fantasy, I also like to pretend that none of our players are suspended for the first month of the season. So without further ado here is my Parallel Universe If I Were Kantoku Opening Day Fantasy World lineup.

I’d pencil Ikuhiro Kiyota in the lead-off spot in my lineup, despite him crushing it in the 3-spot most of 2015. Kiyota broke out in a big way last year riding a 23 game hit-streak in early summer, catapulting himself from a part-time player to Pacific League Best 9 honoree and our team’s 2015 MVP. Kiyota is more than just a bat swinging machine, as his ouenka would suggest he’s also known for moving around the bases at full-speed. He should have more support around him this year (more on that below), which is why I see him as both a power threat and a dynamic table setter for Our 2016 Marines.

As I already hinted toward, we can expect a little more power in the lineup compared with years past. With that in mind, Katsuya Kakunaka could be a good fit higher up in the lineup in the two-spot. Kakunaka has been our most steady bat since his batting title in 2012. Hopefully Kaku not only continues to dazzle us with his long AB’s and uncanny bad-ball hitting talents, but he also extends his four year streak of a .360+ OBP for a fifth season in 2016.

This leads us to the heart of the order, where I envision a potentially lethal 3-4-5 combo of Aja Inoue, Yamaico Navarro, and Alfredo Despaigne. This is a completely new-look for Our Marines, and the reason for the “a rising tide lifts all boats” outlook I’ve adopted this pre-season. Aja spent most of 2015 tearing it up in ni-gun posting a .925 OPS. The 26 year old looks polished and ready for the big club this spring, I even once reflexively referred to him as “cat-like” for his defense at first in an open-sen game.

Dominican free agent acquisition Navarro will most likely be out cleanup hitter, once he serves his one-month suspension for an off the field incident. All he did last year was hit a record breaking 48 home runs for the Samsung Lions of the KBO.

Although this is his third year with the team, this will be the first time we expect to have Cuban slugger Despaigne in a Marines uniform for the full season. Despite playing in just over 100 games, Despa led the team with 18 home runs last year, plus an eventual series winning go-ahead homerun in the First Stage of the Climax Series. He will be sharing the heavy-hitter load this year with Navarro, which hopefully translates into Depsa improving his on base numbers at DH as well.

With Kiyota and Kaku in the corner OF spots, Navarro filling the vacancy left by Imae’s departure at third, and Aja staking claim to the opposite corner IF spot, that leaves us the middle of the field to staff. We should expect Captain Daichi to anchor the lower half of the lineup, and to occupy the short shop position for another season.

Thanks to Navarro’s suspension, we’ll have two infield positions available for an open try-out in April for what should become the full-time second baseman’s gig left open by Cruz’s free agent departure. I expect stud-sophomore Shogo Nakumura to eventually win that job, but don’t count out third-year man Ryo Miki or our first round draft pick Taiga Hirasawa.

In center field, my money is on T OGINO to get the opening day start for the second year in a row. Finally rounding out the lineup, Tatsuhiro Tamura should get the majority of starts at catcher as was the case in 2015.

While I’m playing manager, let’s take a look at our starting rotation. Last year’s PL wins leader and Chiba-ken favorite son Hideaki Wakui is back for his third year with the team. Wakui carried the bulk of the load for the rotation last year, culminating with a heroic short-rest 143-pitch performance in the decisive game 3 of the CS First Stage. In 2015, Ayumu Ishikawa improved his ERA from his 2014 rookie of the year campaign and has looked poised to remain a top of the rotation guy so far this spring. Yuta Ohmine had a career best 8-7 3.17 ERA season in 2015, and so far the signs this spring point to more of the same in 2016.

Our Marines also picked up Jason Standridge in the offseason, adding needed depth to the back end of the rotation. I’d bet one of the final two spots will likely go to Taiwanese hurler Chen Kuan-Yu who returns to the team after his impressive 2015. It’s been indicated that another back-end spot will go to third year man Kota Futaki, who finished strong in the stretch run last year in ni-gun. Meanwhile, the bullpen will be continued to be anchored by Yuji Nishino, who led the team with 34 saves last year while sporting a 1.83 ERA.
[/cs_text][x_share title=”Share this Post” share_title=”” facebook=”true” twitter=”true” google_plus=”true” linkedin=”false” pinterest=”false” reddit=”true” email=”true” email_subject=”Hey, thought you might enjoy this! Check it out when you have a chance:”][x_author title=”About the Author” author_id=””][/cs_column][/cs_row][/cs_section]