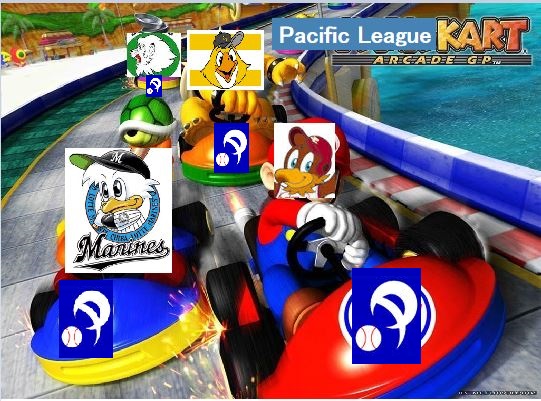 Game Preview: Our Marines enjoyed a Saturday off yesterday for the first time since July. The other PL teams were in action though, with SoftBank coming from behind to walk off versus Seibu in extras. As a result, Our Marines head into Sunday with a two game lead over the Hawks for second place. Sunday’s opponent, the Lions, nearly took third place on percentage points from SoftBank yesterday.  Instead, they sit two games back for the final Climax spot after what I can only imagine was a gut wrenching loss in Fukuoka.

As it stands now, Our Marines will be hosting a best two-of-three set in Chiba less than two weeks from now.  Your We Love Marines bloggers officially entered the Climax Series Stage One ticket lottery yesterday. Lotte just needs to do its job and hold on to the second spot, and then hopefully our number gets called.

Furuya will make a Sunday afternoon start in our second-to-last trip to Saitama.  The current frontrunner for a potential Climax Series Stage One starting gig will be facing Seibu’s wins leader Kishi.  Seibu is fighting for their lives.  We’re fighting off the Hawks.  It should be a good one.

For the second night in a row the Seibu Lions were involved in a 10th inning sayonara win which concluded on a close play at the plate. In a finish almost identical to the night before, the home side's winning run snuck in just past a throw from right field and a swipe tag attempt at the plate. Unfortunately for Our Marines, and unlike the previous evening, Seibu happened to be on the winning end of such dramatics today. It had been a back and forth game, The Lions managed to claw their way out of an early 3-0 deficit on their way to a 5-3 lead. Then down a run going into the 9th, Our Marines managed to tie it at 5-5 to send it to extras. But when all was said and done, Seibu came out on top and managed to keep the quest for the two un-clinched PL postseason spots a three team race.

It looked like perhaps Lotte could finally shut the door on Seibu’s season early on, thanks to a 3-0 lead after two and a half innings.  A Craig Brazell line drive solo shot to right made it 1-0 in the 2nd.  Imae came up with one out and the bases loaded in the top of the third, thanks to a Kanazaka HBP, T. Ogino infield single and Fukura single.  Imae delivered with an RBI sac fly, and Brazell followed with an RBI single to notch the tally to 3-0 Marines.

The Lions wasted little time in retaliating though, as Asamura tied the game in the home half of the inning on a 3-run home run.   Furuya didn’t last much longer, being pulled with a 4-3 deficit after walking in a run with two outs in the 4th.  Ueno was called upon to relieve Furuya, entering the game with the bases still full.  He escaped and went on to pitch the 5th inning, where he surrendered a solo shot to Akiyama that brought the score to 5-3 Lions.

Nemoto hit a one out RBI single in the 6th to bring the Marines back within a run at 5-4.  Lotte was threatening following the hit with runners on first and second. The next batter Okada kept things going with a pop up that fell into to shallow right field.  However, the Lions’ left fielder Kuriyama quickly recovered after originally being unable to make a sliding catch, and threw out Ishimine (PR for Brazell who may have tweaked his knee on the earlier RBI single swing) running from second to third on a force.  Kanazawa then struck out to end the inning with Lotte still down a run.

The bullpen kept us in the game with Ledezma/Minami1 working the 6th, Rosa2 in the 7th, and Uchi in the 8th…all to the tune of no runs.  This allowed Our Marines to tie the game in the unlikeliest of fashion in the 9th.  With two out and none on, Ogino drew a walk to keep us alive.  With today’s number three hitter Fukuura up next, the speedy Ogino took off on a 1-0 pitch beating the throw to second.  The throw tailed away from the shortstop Onizaki and the ball flung out of his glove as he swiped at Ogino.  The ball deflected into shallow left and continued on a slow dribbling course to the left fielder.  This afforded Ogino enough time to round third and head for home, sliding in ahead of a wide throw to tie the game at 5-5! Uchi stayed in to pitch the 9th, working around a two out hit and walk to send the game into extras.  Ishimine led off the 10th with a single to center, but Kiyota, Nemoto, and Kanazawa went down in order after that.

1 Ledemza was ejected with two outs for throwing a dangerous pitch, hitting Kuriyama in the back of the head.   After some delay the Lions captain took his base and stayed in the game.  A scary moment for sure.

2 Rosa ran into a bit of trouble with two runners in scoring position and one out thanks to a single and an untimely Daichi throwing error.  But Nemoto bailed us out on a sick leaping grab at second, intercepting an Onizaki line drive on its way to right field.  Rosa walked the bases loaded next, but escaped with on fielder’s choice grounder to short.

Masuda came in to pitch the tenth and gave up a lead off single to Kuriyama.  He almost got the next batter Asamura to ground into a 4-6-3 double play on the first pitch, but the throw to first from Daichi was a bit high (and probably late) forcing Fukuura to leap off the bag.  Masuda looked in control though striking out Akiyama, but earlier in the AB Asamura reached second on a ball thrown in the dirt.  With first base open, Nakamura was purposely walked in favor the young Masato Kumashiro.  Kumashiro cashes in on his two out chance with a single to right field…Kiyota grabs the ball running toward the line…Asamura rounds third and heads toward home…the strong armed Kiyota spins and fires a one-hop bullet to the third base side of the plate…ANNND…the throw is just a little too late for Kanazawa to connect on the tag. Asamura slides in under and past the catcher’s sweeping motion to score the winning run.  Game over, Seibu wins.  Yuck.

As I write this, SoftBank is up 3-0 in the 7th over the Eagles.  Be sure to read tomorrow’s game preview for an update on the standings.