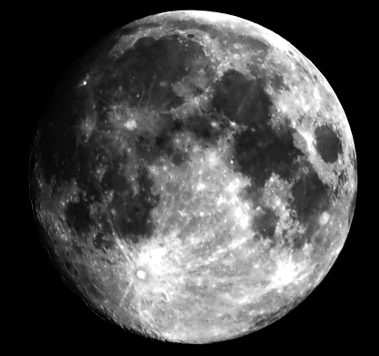 Game Preview: The race for first in the Pacific League is over. We didn’t get there. Rakuten did just last night, and tonight they’re coming to QVC. Let’s hope they are really hung over this game.

So we’re not winning first but that’s OK. Despite the poor play the last two games, we’re in a better position than we were at the start of the series thanks to the Hawks playing even worse and getting swept at home. That puts Our Marines at two games up for second with 9 to go (7 for Daiei). We can’t clinch a spot for a minimum of four more games. We NEED to win these games, not leave things to those last few contests.

It’s just a one game set tonight, a makeup for the rainout in April. Matsunaga faces Kawai – a beautiful evening for a Lotte win.

Don't try to tell me that tonight's game was vs a Rakuten B-team. I don't care and I won't listen. They may not be playing for anything anymore but we sure are, and tonight Our Marines dished out a good ol' ass whooping by the tune of 6-0 to our strong northern rivals. It was necessary and it was good.

Lotte’s rookie sensation, reliever-turned-starter Matsunaga, was super effective this evening. He ended up going 6 innings but it was clear from his ((SPOILER ALERT)) hero interview that he wanted more. Well, what he gave us was his best start so far this year – 6 IP, 4 hits, 6 K’s, and no runs. Questions? … Yeah. 7 or 8 IP would have been fantastic, but call me silly – I think 6 shutout is just great.

It’s not as if Chiba was at full strength, either. Kakunaka and Satozaki were deregistered today due to their recent injuries; Kawamoto, Kiyota, and Tamura took their roster spots. It’s so wonderful to see Kiyota back at ichi-gun! And you know what? He delivered tonight, delivered a single and a double, scored two runs on the night. Kiyota-kun – please stay a while.

I commented in the preview about Rakuten being hung over for this game, and they sure played like it for a good portion of it. The dodgy Rakuten defense directly led to 4 of the 6 Lotte runs (and in fact, three were unearned). Our first run came in the 4th inning. Kiyota and Imae led off with singles. Saburo grounded into what should have been a double play but it as misplayed at second (no error assessed, though it was erroneous). That put runners on the corners for Daichi, who lifted a fly to Okajima in right. Okajima looked like he would get it but it was off his glove (again, no error. Ruled as a ‘Grounder to right field’ – I have NO idea what that means.) Kiyota scored easily, 1-0 Chiba.

Let’s got to the 6th – veteran Katoh (who???) has taken over for Kawai. Kiyota is leading off again, and he hits a mid-range pop to Enomoto (who???) in center, who lets it plop harmlessly off his glove. Kiyota gets all the way to third on the three base error. Imae grounds to third – it’s hard hit and Kiyota can’t score. That brings up Saburo – and the veteran makes up for last night’s gaffe by bashing a 2-2 pitch DEEP into the Rakuten fans. That’s a 3-0 game now, and tons of delirious Lotte fans1!

1 Not so many delirious fans where we sat, though. For no good reason I decided to sit in the 2F unreserved area on the third base side. Turns out the last few sections by the foul pole have these little tables there for food and drink – who knew? The fans up there were generally quiet as you might expect for those sorts of seats, with the exception of me. I like being the loudest dude in the section.

Daichi and Hosoya followed that up with a pair of singles. Still just one out. Ishimine’s up (Good Ishimine) – he hits a little check swing grounder to first. Ginji fields it and whips it home nooo he whips it clean past catcher Ishimine (Bad Ishimine). Daichi scores easily, and that sets up our much-maligned2 backup catcher Kanazawa to lift a sac fly to center, scoring Hosoya. 5-0 Men of Lotte.

2 Maligned by me mostly, but whatever.

Chiba tacked on one last run in the 8th thanks to a Daichi double and Kanazawa single (there he is again – co-hero of the game) – that made it 6-0, the final score.

Notice I didn’t mention a thing about any dramatic escapes by Lotte pitching? That’s because there weren’t any. As I mentioned Matsunaga was great. The bullpen team of Hattori, Masuda, and UCHI were top-notch as well, picking up the final three innings and allowing only one hit and one walk. That’s such a welcome sight given the struggles of the pen vs Rakuten this year.

This game was the only one in NPB for the night, so the win means Our Marines take a 2.5 game lead for the silver medal with 8 games to go. We’re off on Saturday, but Sunday is a big grudge match with the suddenly competitive Lions at Seibu Dome. That’s going to be fun. I expect Furuya to get the start.