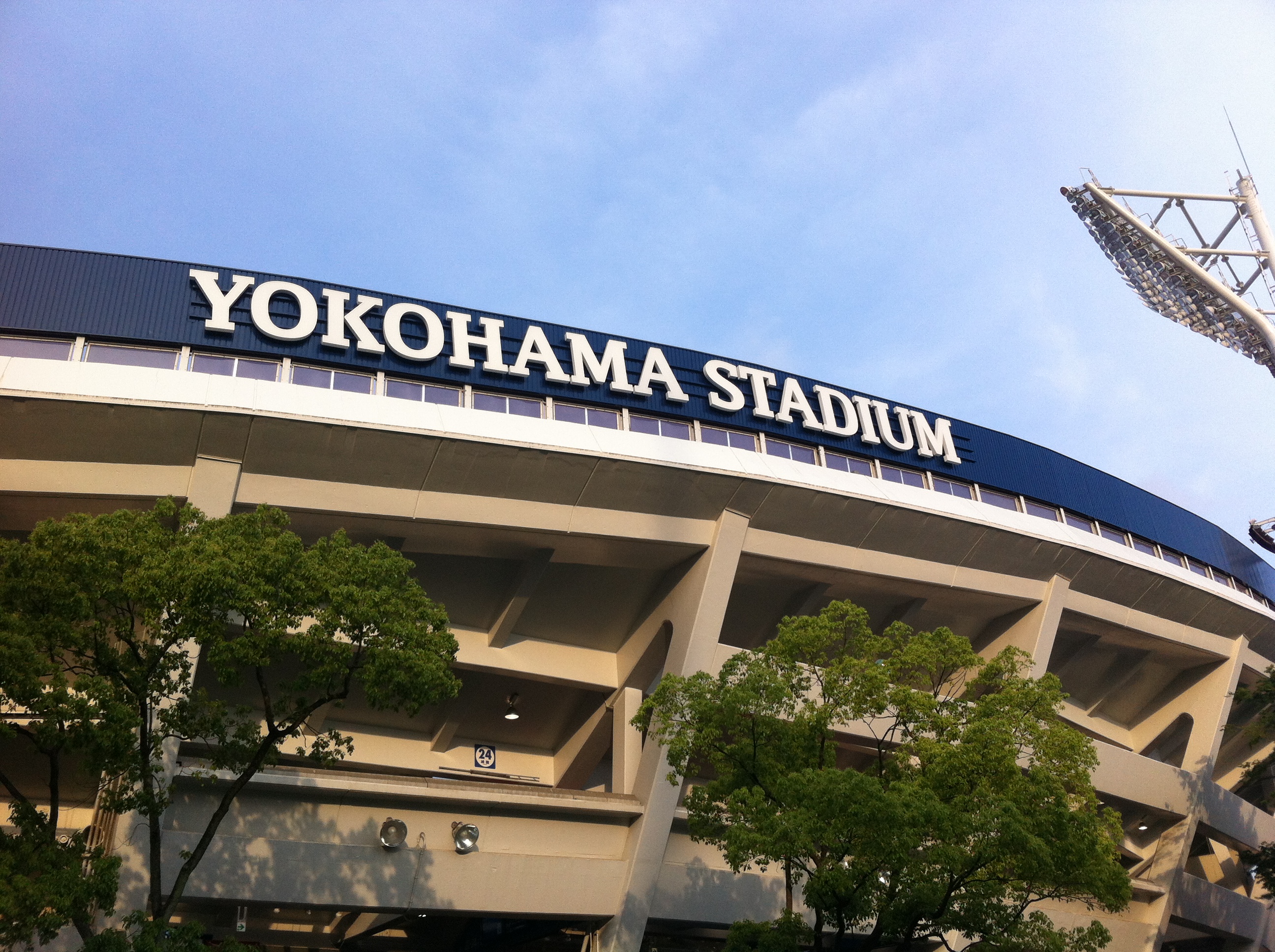 The Marines finished the year 2-0 at Yokohama Stadium as they closed the books this afternoon on a 4-1 win over the BayStars. The Eagles and Lions both lost today, growing our lead to three games atop the Pacific League.

Today’s starter, Yuta Ohmine, fresh off his complete game shutout a week ago, tossed 7 innings of shutout ball. Perhaps he could’ve gone the distance again if the game was played in a PL park.  However, the DH was not in effect, and Ohmine was lifted for a pinch hitter in a close game after just 105 pitches.  Nonetheless, 7 innings was enough to earn Ohmine the win and the honor of being today’s hero.

Ohmine didn’t have a particularly dominating pitching performance today. He only struck out 2 batters while walking 4. However, pitching to contact was the name of the game today.  He navigated his way through the BayStars lineup by inducing 5 double plays while not surrendering an extra-base hit all afternoon.

One crucial moment of the game came on a double play in the bottom of the 5th.  The Marines only led 1-0 at the time, and Yokohama was threatening with runners on the corners, and one out.  With the rookie pitcher Mishima up (and the top of the lineup waiting in the wings), BayStars manager Nakahata called for a squeeze play.  However, the plan backfired, as Mishima weakly popped up in front of the mound to Ohmine.  With the runner from 3rd just steps from home, Ohmine could walk the ball over to 3rd and toss it to Imae for the inning ending 1-6 double play.

For their part, the Marines were victims of 3 double plays themselves (including a “strike-em-out-throw-em-out” DP to end the 6th).  Lotte’s first run actually came on a double play in the 4th.  With runners on the corners, Iguchi hit a ball right to Yokohama shortstop Yamazaki. Yamazaki elected to step on second and throw to first, letting Nemoto score from third in return for two outs.

Nemoto got on base thanks to just missing his 3rd HR of the year on a smash to center. To the naked eye – I was sitting in the first row, one seat to the left of the CF scoreboard…sober as a bird at the time – Nemo’s ball smacked into the yellow trim lining the top of the wall. Nemo literally missed his 3rd homerun of the year by an inch, if not a centimeter.

Lotte added another run in the 7th on a solo shot to left by Imae.  Unlike Nemoto, Imae managed to get enough air under the ball to put it about 15 rows up into the seats.  Imae was big for us this weekend in Yokohama, with 2-run HR yesterday too.

Two more runs came in the top of the 9th, thanks to my vote for offensive hero, T Ogino.  Kakunaka lead off and poked a base hit to center.  Next, Iguchi knocked a base hit to left.  The third batter of the inning, Imae, hit a grounder to second.  The second baseman Uchimura bobbled the ball twice, allowing Iguchi and Okaka (PR for Kakunaka) to advance to second and third.  With the table set, Ogino lined a ball into the left center field gap, giving Lotte a definitive 4-0 lead going into the bottom of the 9th.

Ohmine was relieved by Carlos Rosa in the 8th, with the Marines still clinging to a 2-0 lead at the time. Rosa has been a pleasant surprise this season, rebounding from a rough 2012.  He sent Yokohama down 1-2-3, making it 6 innings without giving up a run so far this year.  He did benefit from a nice defensive play by Daichi.  The short stop grabbed a high back-spinning ball on a one hopper up the middle, and flung a strong off balance throw to beat the pinch hitter Goto to first.

On the other hand, Masuda, had to deal with some trouble in the 9th inning. He came in with a 4-0 lead, and gave up a double (it should have been a long single, but got stretched into a double), then recorded two outs.  But after an RBI single by Blanco and a walk the score was now 4-1, and the tying run represented by Kinjoh was at the plate with 2 out.  However, Masuda got Kinjoh to a harmlessly pop-up to Daichi to put the game away.  I question the wisdom of sending the 23 year old Masuda out for this 25th appearance of the young season in a non-save situation. There were plenty of rested arms in the bullpen thanks to the extra off days built into interleague schedule.

Here are some photos I took today of the scene at Yokohama Stadium.  Yesterday and today were my first two games visiting Yokohama.  On first impression, it’s a great location and setting for a ball park.  However, the outfield seating has more than its fair share of inconveniences, ranging from a lack of concessions to being an absolute death trap.  Sorry, all I got to work with for a camera is an iPhone 4…

7 thoughts on “Marines Take 2 in Yokohama”