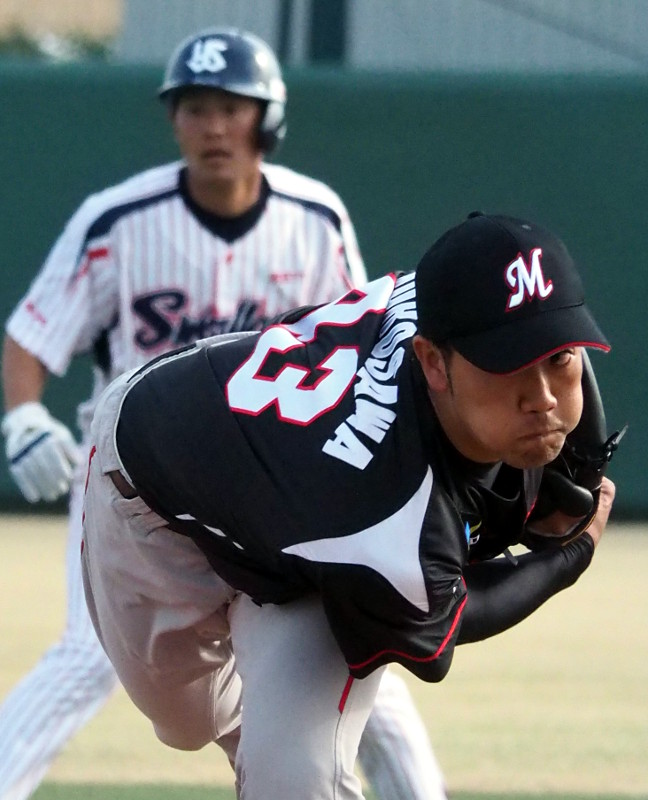 Since today was an off day for Our Marines, I thought I would share some pictures I took at last Saturday’s ni-gun game at Yakult Toda Stadium. I posted several of these on Twitter already, but most are new.

The game itself was pretty interesting, so many ichi-gun guys were there due to injury rehab, so I got to watch Masuda, T OGINO, Fukuura, Imae, and Masuda all play. Masaki Minami got the start (surprisingly, as I’ve only ever seen him as a reliever) and was pretty effective before getting beat up a bit in the 6th innings.

Everybody’s favorite future superstar Shohei Katoh had a monster game – 4/5 with a bunt single, a spectacular diving catch, and a three run jack from the left side of the plate (he’s a switch hitter). The Swallows tied the game up in the late innings but Keiyo Aomatsu won it with a huge smash off the back screen in dead center.